What is Love Compatibility? 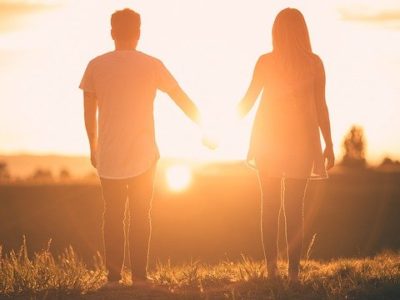 Compatibility means that you get along with somebody very well. When you’re compatible with someone, you love spending time with each other. you find a reason to be with him/her. You enjoy each other’s company, most of your hobbies are the same or similar, and possibly you both like the same food. Most importantly, your point of view on marriage & kids are very similar. You like each other’s nature, job profile, way of expressing emotions, and many things like that. Overall, compatibility between two people means that most of their core values & likes/dislikes are pretty similar by default.

On the other hand, love is a bunch of deeper emotions for someone that makes you feel alive, special & fulfilled. When you are in love with another person, it forces you to be near them as it makes you feel content. True love is a natural feeling that’s very hard to control as it comes from within. You always want to protect & nurture the special person you love. Loving someone is a heavenly feeling that cannot be described in words. It also has an emotional and sexual nature unlike compatibility, which doesn’t always.”.

Love has always been the greatest force in the universe that keeps humanity existing. It’s impossible to imagine the world without the magical power of love. Love has always been playing a  significant role in humanity & human relationships. Everybody tries to find true love that can make their life full of joy & happiness. But, for finding true love, there can’t be anything better than Astrology. Instead of mere guesswork or vague concepts, the science of the planets is based on the logical and in-depth study of the core qualities of each Sign and the planetary influences, thus giving us a good idea of the comfort factor between individuals how much their wavelengths match– this is all based on the compatibility you share with others. With Astrology, you will be able to understand this aspect really well and make out – who is a foe, who is just a friend, and who is ‘more than just a friend!

You’ll undoubtedly want to know how your energy interacts with the energy of other people in your life once you’ve mastered your own Sun sign and entire chart. Numerous methods are used to determine zodiac compatibility. To comprehend and quantify compatibility, the easiest and most straightforward methodology compares one Zodiac sign to all other Zodiac signs. Keep in mind that at the time of birth, every point in the sky is in a specific sign. Your Sun could be in Aries, yet your Moon could be in Capricorn. You’ll want to compare whole charts, not simply Sun signs, as you go deeper into the compatibility question.

What You Can Learn From Star/Zodiac Sign Love Compatibility

Your zodiac sign’s love compatibility can tell you many things about how you’re likely to relate to someone else. Each person’s astrological sign tends to influence their behavior. Each zodiac sign responds to different motivations and typically has a distinct outlook on life. Understanding how your sign will communicate, play, and work with another’s sign may offer some powerful insights into whether or not you’ll be a good fit for a romantic relationship.

As you’ll see when you pick your signs from our love compatibility tool, there are several areas where you can check out your sign compatibility. These include:

How to Use Your Zodiac Love Compatibility

You’ll need to determine what to do with your astrological star compatibility findings after you’ve read them. Please bear in mind that not everyone embodies their zodiac sign in its entirety. It’s possible to encounter a Sagittarius who’s a homebody or a Cancer who’s cold. Our astrological charts are subject to a variety of factors.

The zodiac sign that we typically ascribe to is our sun sign. However, you also have a moon sign and a rising sign. If you’ve met someone who doesn’t seem to fit their zodiac profile, see what their other signs are. Your moon sign rules the subconscious side of your personality. This influences your feelings and how you react to highly emotional situations. Your rising sign dictates your social personality. This manifests in your physical appearance and style.

However, don’t rely just on your love compatibility test results to determine whether or not you will be happy in a relationship. As an alternative, you may use this information to discover areas where you’re likely to get along well and places where you may need to be more considerate or more understanding with each other. Finally, any two zodiac signs may get along well if both partners are devoted to the relationship and share a mutual love and respect for each other.