Traditionally the combination of Libra and Libra is considered to have the potential either to be really good – or incredibly bad – in terms of love compatibility! When two people are born under the same Star Sign, they certainly understand where one another are coming from and can feel a lot of empathy with each other. But the risk is that they’re sometimes just too much alike, leading to a clash of egos and a lot of subtle competitiveness.

There’s also the possibility of magnifying each other’s weak points – in the case of a Libra-Libra couple, a mutual tendency towards indecisiveness and procrastination, leading to endless differences of opinion and difficulties in getting things done. In a romantic relationship, an overly laid-back attitude and a yes-no approach to commitment can mean it’s hard for either person ever to know where they really stand.

By the same token of course, two Librans are also capable of intensifying one another’s strong points, making both people even more mentally agile and inventive than they could be on your own. This positive synergistic effect can be very exciting, sharpening a Libra-Libra couple’s powers of reasoning and debate and enabling them to interact in a highly creative way – especially in any kind of activities requiring negotiating skills.

The symbol for Libra is the scales, and Libra is the sign of balance. Libra seeks balance is relationships, but also in every other area of his life. A Libra man is a natural diplomat, and he is able to see many different points of view. Even though a Libra man seeks peace and harmony, he often experiences a great deal of stress. Maintaining a balance and harmony is hard work, which involves constant effort. Some of the best mediators are Libra men. 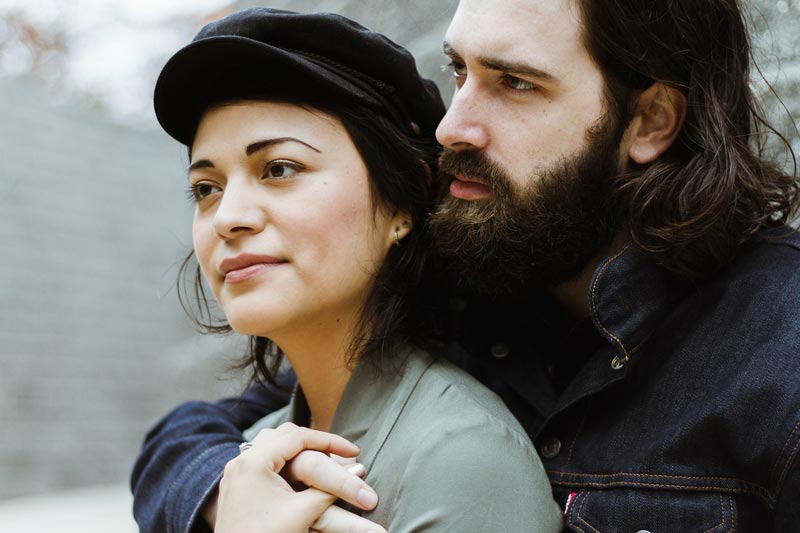 In his efforts to maintain harmony, a Libra man has a powerful tool. This tool is his charm. A Libra man has a special talent for making other people seem important and special to him, even if they are people that he has just met. Indeed, he is often more courteous with people that he does not care for than he is with those he is close to. Because of this, it is hard for a woman to know where she stands with him.

A Libra man looks for a partner who is unusual in some way. Like all Air Signs, he thrives on intellectual stimulation, and he needs someone he can talk to.

The Libran desire for harmony is even more pronounced in a woman. While a Libra man dislikes conflict, a Libra woman is positively allergic to it. Her ability to maintain a pleasant demeanor is such that it is almost impossible to tell what she is really thinking unless she chooses to allow it.

Libra has a reputation for being indecisive, but this reputation is deceptive. It is true that she does not like to sound too definite, and she will almost always ask for the opinions of others. She is also reluctant to state her own feelings and opinions. That does not mean that she lacks them, though. A Libra woman would generally prefer that whoever she is with makes the decisions regarding what they are doing. On the other hand, she does not want them to make just any decision. She wants the other person to decide to do what she wants to do, without her having to tell them.

Like a Libra man, a Libra woman desires intellectual stimulation. Her social graces allow her to learn a great deal from those she interacts with. Because of this, she has a broad perspective on many issues.