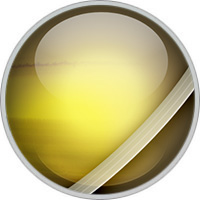 Capricorn is ruled by Saturn. Cronus was the father of Zeus and one of the Titans in Greek mythology. Cronus ate his children in order to avoid being deposed as King of the Gods. That is, before Zeus was born and his wife, Rhea, tricked him into swallowing a stone.

In astrology, Saturn is associated with restriction and limitation. Where Jupiter expands, Saturn constricts. Although the themes of Saturn seem depressing, Saturn brings structure and meaning to our world. Saturn knows the limits of time and matter. Saturn reminds us of our boundaries, our responsibilities, and our commitments. It brings definition to our lives. Saturn makes us aware of the need for self-control and of boundaries and our limits.

Saturn is often associated with our fathers or father/authority figures. In childhood, the discipline, rules, and regulations imposed on us by our authority figures – from parents, teachers, and the like – were not always pleasant, but they actually helped us to understand the world around us. Similarly, Saturn’s lessons actually help us to grow.

In the chart, the position of Saturn by sign and house reveals our own limitations, fears, and sense of responsibility. Saturn brings definition, and often limitation, to the planets it aspects.

Saturn doesn’t make things easy. That’s the role of the taskmaster of the zodiac. Saturn commands us to get to work and to work hard. Discipline and responsibility are important to this planet, yet if we’re eager to conquer the world, that’s okay, too.

Much like Father Time, Saturn implores us to look at the clock (its glyph, after all, is the sickle of Chronos, the God of Time). Is there time for everything we want to do, or are there limits? Those limitations are important to Saturn, and we must learn to manage them. Restrictions are the province of this planet, as is any form of discipline or delay.

In keeping with the passage of time, Saturn governs old age along with the lessons it teaches us. Learning life’s lessons is key to this planet, in keeping with its role as teacher. The majesty of older age also brings with it a certain sense of tradition, conventionality (our learned patterns of behavior) and wisdom, and Saturn is mindful of these characteristics. This planet applauds our perseverance and the fact that we’ve withstood the test of time (yes, time comes up once again). This senior status further brings with it a measure of authority, and Saturn lords over that as well.

Structure, order and the way in which we conduct our affairs are all ruled by this ringed planet. Contraction and the reining in of assets are also important here. Lastly, Saturn, again in its role as teacher, concerns itself with karma and the lessons which past experiences might bring.

It takes Saturn 28-30 years to complete its orbit of the zodiac. It is masculine energy and rules both Capricorn and Aquarius, and the Tenth and Eleventh Houses.