What is Nadi Dosh?

What is Nadi Dosh? 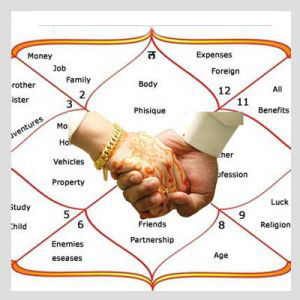 In Astrology, Nadi is one of the 8 gunas that are used to calculate marriage compatibility between two people. In Vedic Astrology, there are total 36 points out of which Nadi has maximum points i.e. 8. Now if there is any conflict between the Nadi of two persons; then they have to suffer from Nadi dosh.

When a child is born, the family or local astrologer draws the natal chart for the child and this chart is always looked into when a problem occurs in the child’s life. The time and day the child is born determines the star sign of the child.

During Matchmaking, If Boy & Girl both have the same Nadi (i.e Aadi, Madhya or Antya) Nadi dosh occurs.

If Nadi Dosh reflects during marriage matchmaking,  most of the astrologers will declare straight “NO” to that wedding because the next era will likely be weaker or there will be possibilities of not getting the kids at all. However, in accordance with some other astrologers, the Nadi Dosh isn’t that vital regarding check whether the couple will have strong kids also depends upon other components like position within the fifth home and so on.

For marriage purposes, it is believed that each of the partners should be born in different nadis. If they are born in the same nadis, the couple is believed to require Nadi dosh nivaran to remove all the obstacles in their marriage.

The problem with both partners having the same nadis is that their temperaments will be very similar. This is a problem when both are quick to get angry or are lazy, unreliable, liars, etc. Just like poles, they tend to repel rather than from a cohesive and loving unit as a married couple. These nadis are also important in Ayurveda. The nadis also signify the vata, pitta and kapha elements which give clues to the natural tendencies inherent in the couple. If they are similar, the couple may end up arguing or not talking to each other. However, if the couple fell in love and their love compatibility is excellent or were friends before the wedding, such a union will be allowed without the requirement of matching horoscopes. It is then believed to be a divine union that may not require a nadi dosh nivaran ritual. Do remember it ONLY applies to rare true love, otherwise love bonds can fail & emotions can disappear very soon after marriage & Nodi Dosha starts showing its effects.

There are a few circumstances when the couple can get married even though they are born in the same nadis. One such situation is when they both have different Nakshatra or stars. Or at times, the nakshatra is the same but the rashis are different. Also when the rashis, as well as nakshatras, are the same but the pada or the nakshatra is different. If the couple requires nadi dosh nivaran, the Mahamrityunjaya mantra may be recited at the required times.Nadi Myths: There are many myths to cancel Nadi Dosha, like: donate to the Vedic priest some grains, cloth, Gold, a cow etc…  These are just myths or purposely advertised to earn money or some valuable things by creating fear.

There are thousands of cases where a married couple with Nadi Dosha living happily with good children.

You must consult a genuine & knowledgeable astrologer for Nadi Dosh analysis.

There are few exceptions in Nadi Dosh that can be considered if the rest of the things are matching Following are the exceptions:

Hence, it is very important to check astrology for any horoscope matching before marriage. You are advised to consult a genuine astrologer for Nadi dosha exceptions and remedies.

Why To Believe in Astrology?

Got Something To Say: Cancel reply